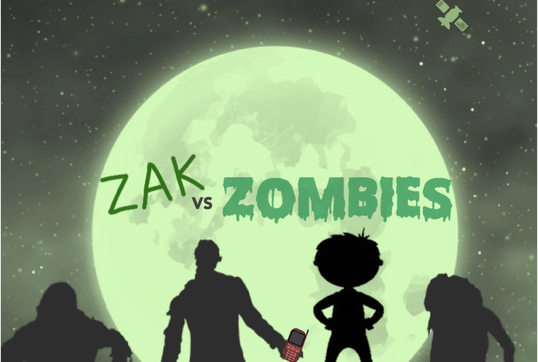 Zak VS Zombies  FEATURE/GRAPHIC NOVEL
LOGLINE:  Zak Vs. Zombies is an award winning animated feature-length zombie comedy adventure for audiences of all ages… think Shawn of the Dead with the cast of the Breakfast Club as 9 year olds!

SUMMARY:  Zak vs Zombies is the story of a cellphone-less boy in a cellphone-crazed world.  When a strange virus spreads through the town via cellphone calls and texts turning everyone into mumbling, stumbling, drooling zombies, Zak and a handful of other cellphone-less kids from his class must come together despite their differences and embark on an adventure of a life time to save their town (and possibly the world) from the digital Zombie apocalypse!