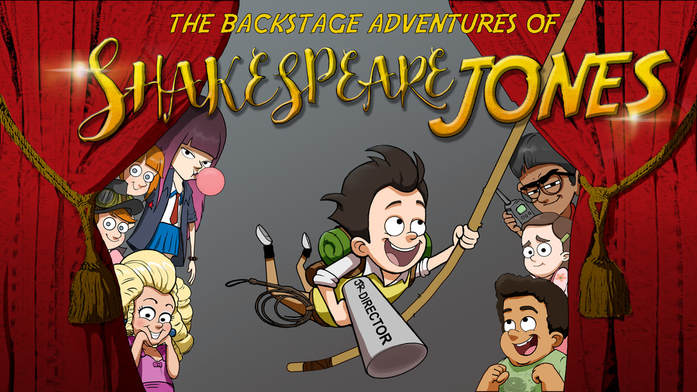 The Backstage Adventures of Shakespeare Jones!  SERIALIZED HALF-HOUR/FEATURE
LOGLINE:  Romeo & Juliet in the front…party in the back!  Join Shakespeare Jones and his friends in the REAL adventure behind the scenes of their parents’ zany touring theater troupe.

SUMMARY:  The Backstage Adventures of Shakespeare Jones is the story of a young adventurer and his talented friends touring the country with their parent’s disaster-prone theater company and how they save the day (and possibly the world) one play at a time.  When Shakespeare Jones (the son of an action film director dad and an extreme adventure archeologist mom) finds himself traveling the country with his dad’s old theater troupe - the doomed and dorky Sweet Swan Players - he thinks his awesome life is over.  But he soon finds out that there is much more to this acting company than meets the eye!  Now it’s up to Shakespeare and his new found friends to keep the Players afloat and protect its powerful, maybe even magical, secrets - even if their parents aren’t up to the task. 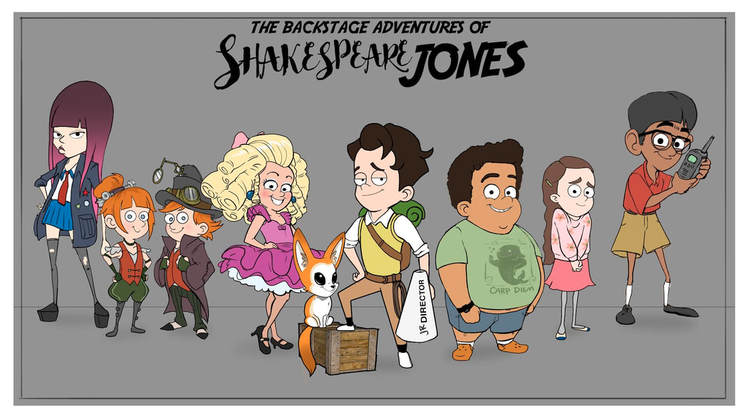